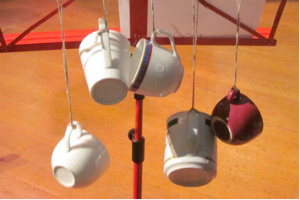 Journal of Music
News: After the Flood
Posted on 14 June 2011

Last week I was in Amsterdam where, amongst other things, I found myself playing violin in an orchestra rehearsing a production of Benjamin Britten’s 1957 opera Noye’s Fludde, which was being staged as part of the city’s KlankKleurFestival. I has hardly planned it, but they were short a player and someone could lend me a fiddle for a few days. Why not?

It turned out to be an illuminating experience. Buried in the second violins, it felt like home, reminding me of many long Sunday afternoons spent playing in youth orchestras – invisible but happy to be in the middle of it all. More than that, there was a glimpse of just how practicable music can be.

The production’s simplicity was humbling, making the story seem more immediate, touchable – it was as if the audience, all crammed into the old Uilenburg Synagogue, were sharing the space of a real-life ark. All were part of that storm, and all felt the salve of Britten’s sweet chords when it finally passes. 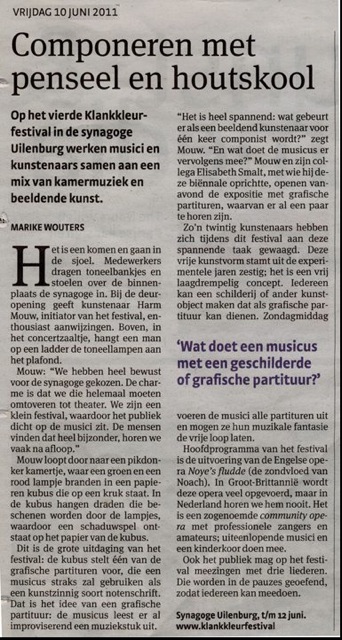